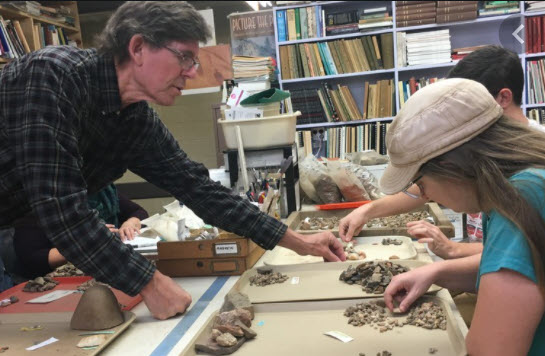 For those who were not able to join the live lecture for Dr. David Moore (Warren Wilson College), we have posted a recording. You can also see the other lecture recordings as well at our YouTube Channel here.

How did Native peoples receive and interact with Spanish colonizers in the mid-16th century? Contrary to popular narratives, Native peoples were not passive victims of Spanish colonization. Instead, Native leaders mediated encounters with the Spanish towards their own goals; from soliciting trade, recruiting the Spanish for military expeditions, and even exterminating them when they posed a threat.
In this presentation, David Moore briefly reviews the discovery of Fort San Juan (the earliest European settlement in the interior of the United States), built by command of Captain Juan Pardo at the Native American town of Joara in 1567. Using Fort San Juan and Joara to situate the mid-16th cultural landscape of the Carolina Piedmont, he will then explore examples of interactions that took place between Pardo’s Spanish army and the Cherokee, Sara, Wateree, Catawba, and other Native peoples of the Southeast. He will highlight encounters from east Tennessee to western North Carolina and the western North Carolina Piedmont region.
Joara and Fort San Juan are located at the Berry site, located just outside of modern-day Morganton in Burke county, North Carolina. Dr. Moore began archaeological investigations at the Berry site in 1886 and since 2000 has directed a major public archaeology program at the site with colleagues Dr. Chris Rodning (Tulane University), Dr. Rob Beck (University of Michigan), and Dr. Rachel Briggs (UNC-Chapel Hill). 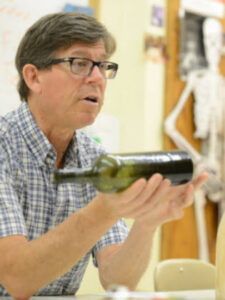