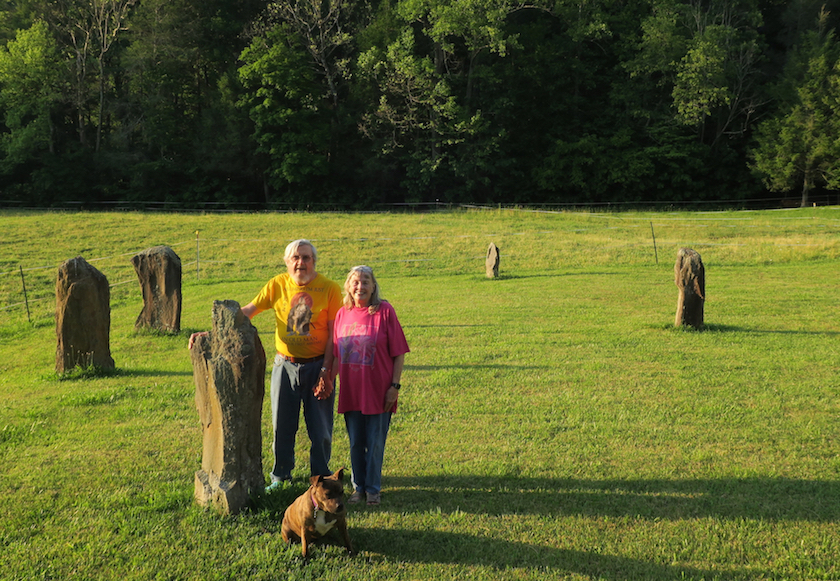 Dr. Richard Diehl is the inaugural Director of Operations of BEARC

The Boundary End Archaeology Research Center (BEARC) is proud to announce that Dr. Richard “Dick” Diehl has accepted the role of Director of Operations for the period of February 2020 – 2022. Dr. Diehl is from Pennsylvania, where he completed all of his schooling, obtaining his B.Sc., M.Sc., and Ph.D. (1969) from Pennsylvania State University.

Dr. Diehl was a longtime friend of George and Gene Stuart, having met them in the early 1980’s while at Dumbarton Oaks. Dick collaborated with George on different projects, including bringing him to Alabama to give talks. As the research center’s Director of Operations, Dr. Diehl is dedicated to extending George’s legacy. He has been actively working in the library with our new Resident Librarian, Nancy Little (more on her below), organizing our teaching facility, and developing professional talks and a public outreach program. Dr. Diehl will also be helping BEARC apply for grants for bettering our facilities and George Stuart Residential Scholarship program. Notably, Dr. Diehl is also donating several thousand books to significantly expand our Western Mesoamerican collection.

Dr. Diehl has worked in several areas of Mesoamerica. After some early work in Pennsylvania, Dr. Diehl began his career in Mesoamerican archaeology at Teotihuacan (1961-64), after which he became the field director for the San Lorenzo Project directed by Dr. Michael D. Coe (1966-67), where he led his doctoral research. Dr. Diehl’s first research project after graduating with his Ph.D. was in the Maya Highlands, at Kaminaljuyu (1969), where he conducted settlement survey. (And watched the moon landing from Guatemala City.) Dr. Diehl then launched a long-term project at Tula (1970-80) leading him to become an preeminent expert on the Toltec Civilization. His final research projects were led at Matacapan (1982-84), in the Tuxtlas region of Veracruz, and at La Mojarra (1995), where he studied the Formative and Classic cultures of the Gulf of Mexico.

In addition to publishing a great many peer-reviewed articles and book chapters, Dr. Diehl has authored and (co-)edited several books, including: Studies of Ancient Tollan (1974), Tula: The Toltec Capital of Ancient Mexico (1983), Mesoamerica after the Decline of Teotihuacan, A.D. 700–900 (1989), and The Olmecs: America’s First Civilization (2003).

Nancy Little has also joined the BEARC team as resident librarian. Nancy studied History and English, loves books, and is fascinated by the Ancient Americas. As such, she is a perfect fit for the George Stuart Library. Nancy and Dick married in 2018. Together they share 6 children, 15 grandchildren, and 4 great-grandchildren. Ever since they married, Dick and Nancy have been on the road; they’ve travelled to Spain, Mexico, Belize, and many US states. While they love traveling (and were planning more trips for this summer), they consider themselves very fortunate to be able to quarantine in George’s bucolic farmhouse.

Dr. Richard Diehl will be giving the next virtual lecture for BEARC in July. More soon!