In keeping with George Stuart’s vision and with many exciting activities under way, the BEARC governance has been expanded to include those who study Ancient America from many backgrounds and disciplines.

David Stuart is the David and Linda Schele Professor of Mesoamerican Art and Writing at the University of Texas at Austin. He received his Ph.D. in Anthropology from Vanderbilt University in 1995, and taught at Harvard University before arriving at UT Austin in 2004, where he now teaches in the Department of Art and Art History. His interests in the traditional cultures of Mesoamerica are wide-ranging, but his primary research focuses on the archaeology and epigraphy of ancient Maya civilization, and for the past three decades he has been very active in the decipherment of Maya hieroglyphic writing. 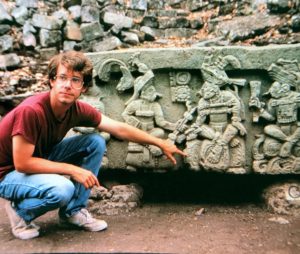 Over the past two decades his major research has centered on the art and epigraphy at Copan (Honduras), Palenque (Mexico), Piedras Negras, La Corona, and San Bartolo (Guatemala). Stuart’s early work on the decipherment of Maya hieroglyphs led to a MacArthur Fellowship (1984-1989) and a UNESCO Lifetime Achievement Award, presented in Mexico City in 2012. His books include Palenque: Eternal City of the Maya and The Order of Days. Stuart is currently the director of The Mesoamerica Center at the University of Texas at Austin, which fosters multi-disciplinary studies on ancient American art and culture.

Ann Stuart, DVM, moved to the Asheville area soon after graduating with honors from the NCSU College of Veterinary Medicine and spending a year of clinical internship at the University of Georgia over 25 years ago. A horsewoman all of her life, Dr. Stuart is involved with endurance racing from the local level to international championship competitions as a 4 star FEI judge. Serving as a staff member for Team USA, she has been a veterinarian at multiple World Equestrian Games, North American and Pan-American Championships and has worked at events in Europe, South America, the Middle East, Japan and all over the US and Canada. Working with your family pets is just as rewarding to Ann as working up lamenesses and maximizing performance in sport horses. She spends her spare time at loving her home in the mountains of Barnardsville with her many horses, dogs and cats. 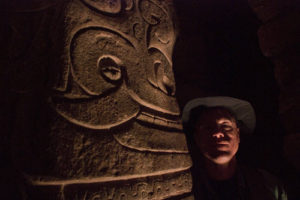 Dr. Jeffrey C. Splitstoser was appointed by George Stuart to serve as Vice President of the Boundary End Center (BEC). Splitstoser and current president, Dr. David Stuart, edit the Center’s two peer-reviewed journals, Ancient America and the Research Reports on Ancient Maya Writing. Splitstoser is an Assistant Research Professor of Anthropology at George Washington University. He is also a research associate of the Institute of Andean Studies, Berkeley, and a Cosmos Club scholar. Splitstoser was a Junior Fellow at the Dumbarton Oaks (2005‒2006). As a specialist in ancient Andean textiles, he is part of the Castillo de Huarmey archaeological project, which is excavating Wari textiles and khipus (see the June 2014 issue of National Geographic Magazine). Splitstoser recently received notoriety as the textile specialist for the Huaca Prieta Archaeological Project, directed by Dr. Tom Dillehay, where he studied 6,200 year old cotton textiles dyed with the world’s earliest known use of indigo. He received his Master’s degree (1999) and Ph.D. (2009) in anthropology from The Catholic University of America, Washington, D.C. His dissertation is a study of the Early Paracas textiles from Cerrillos. 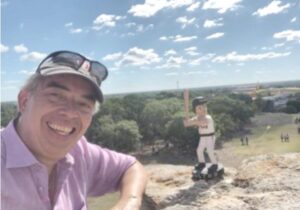 Charles Wortman was born in Cuba and grew up in Mexico and in Puerto Rico. During his professional career, he has also lived and worked in Venezuela and in Brazil. Charles is an economist by training and, after a career in finance, he has realized that his hidden passion is Maya epigraphy and archaeology. He has sought to address this issue by attending a variety of Maya meetings, in Austin, New Orleans, Philadelphia and Bonn and taking several on-line courses on the Maya and Maya glyphs. Charles has travelled extensively throughout the Maya area with his family and more recently, has explored the region with David Stuart via the Maya Field Workshops. 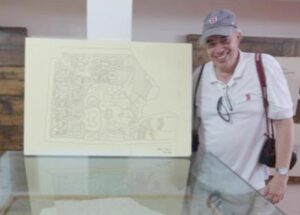 Charles is a member of the Board and Treasurer of the Ballet Hispánico, a premier dance company that brings communities together to celebrate and explore Latino cultures and of the Institute of the Americas, a non-profit institution based in La Jolla dedicated to encouraging economic and social reforms in Latin America. In addition to learning Maya glyphs Charles is also working on improving his Chinese calligraphy. 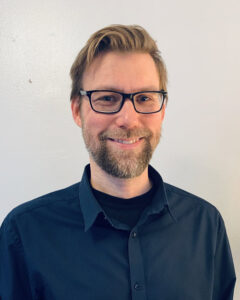 Dylan Clark is an Assistant State Archaeologist for North Carolina’s Office of State Archaeology, Department of Natural and Cultural Resources. He received his PhD in Anthropology from Harvard University in 2016, and his dissertation research explored the social organization and history of a Maya coastal port community through household archaeology at the island site of Isla Cerritos in Yucatan, Mexico. He also earned an MA in Latin American Studies from Tulane University and a BA in Anthropology and Spanish from Western Michigan University. In addition to Mesoamerican and Southeastern archaeology, his research also focuses on public and collaborative archaeology, museum studies, and heritage studies. 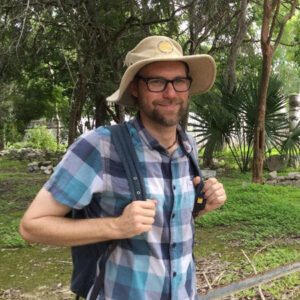 Prior to his current position, Dylan served as program director for InHerit: Indigenous Heritage Passed to Present, a non-profit program in the Research Laboratories of Archaeology at UNC-Chapel Hill that supports community-based cultural heritage education programs in the U.S. and Latin America.

In 2016-17, he taught courses at UNC-Asheville and Brevard College and was a George Stuart Residential Scholar at BEARC. He now serves on the fundraising and collections committees for BEARC’s Board of Directors. 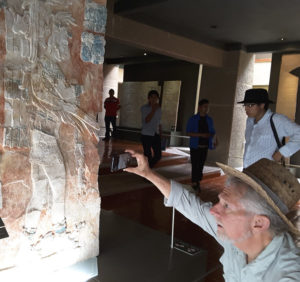 John Daigle is founder and host of the Mayanists Facebook Group blog. He provides communications and web design services for Boundary End Center. After a career in journalism with the NBC News affiliate in Houston, John’s interest in Maya archaeology and epigraphy began in 1984 as one of Linda Schele’s “glyphers” at the University of Texas. As web communications consultant for Maya Field Workshops and David Stuart, John has explored the sites of Palenque, Yaxchilan, Bonampak, Tonina, Tikal, Yaxha, Ceibal, Uaxactun, Copan, Quirigua, Chichen Itza, Ek Balam, Coba, Tulum. Today, John teaches technical communication and instructional design at Metropolitan University of Colorado at Denver. He is a frequent speaker at national web authoring and eLearning conferences. John has a Bachelor of Science degree in Journalism from the University of Houston. 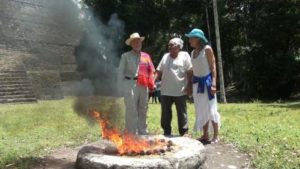 In 2015, John and his wife, Vicki were married in a Maya ceremony at the site of Yaxha in the Peten, performed by Reginaldo Chayax Huex in the Itza Mayan language.

Help us support our George Stuart Residential Scholars and
make BEARC a top research center for the Ancient Americas!