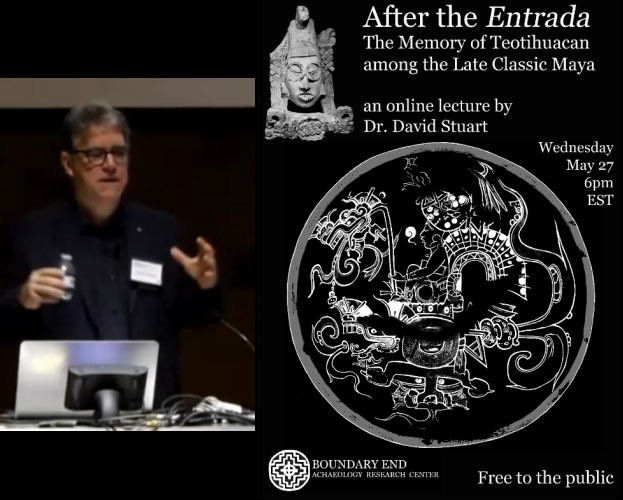 The Memory of Teotihuacan among the Late Classic Maya

You can watch a replay here:
https://youtu.be/YHAJw4YQ40o?t=2

The “Entrada” of 378 CE stands as one of the major events of ancient Mesoamerican history, when a new political order was established at the central Maya capital of Tikal by agents of Teotihuacan and its long-reigning ruler, Spearthrower Owl (or “Owl Striker”). Many details of the events remain obscure, but we know that it was then recognized as a political conquest, with long lasting repercussions in Maya history.

This talk will focus on how these complex events of the Early Classic shaped the political ideology of later centuries, into the Late Classic era, when numerous kings referenced Teotihuacan in their own artistic and historical narratives.

Over four centuries after this event, and long after the fall of Teotihuacan ca. 550 CE., Maya rulers developed a shared ideology of military prowess rooted in the Entrada history and in the memory of Spearthrower Owl.