About Us and Our Mission

Founded in 1997, the Boundary End Archaeology Research Center (BEARC) is a unique space for learning, artistry and creative gathering, set in a beautiful small valley in the Smokey Mountains of western North Carolina. Our residency programs allow writers, scholars and artists to enjoy to be productive and creative in a tranquil setting. Our meeting space is ideal for small gatherings for workshops, educational programs and small conferences. These have usually focused on ecology, regional culture and history, anthropology and archaeology, but we are interested in many diverse programs.

In 1997 BEARC was established as a scholarly retreat, library and meeting space place by Dr. George Stuart, formerly Associate Editor of the National Geographic Magazine. It was originally conceived as the Boundary End Archaeology Research Center, reflecting George’s deep passion for the study of America’s ancient past. Today we carry on George’s legacy in expanding BEC’s scope and vision to include many areas in the arts and humanities. 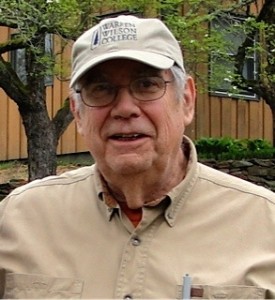 (Excerpted from National Geographic Profile) George Stuart, who participated in many of the most important investigations of Mesoamerican sites as staff archaeologist at the National Geographic Society, and brought the discoveries to a global readership as a senior editor at the magazine, died June 11 at his home in Barnardsville, North Carolina. He was 79 years old. In the course of a nearly 40-year career at the Geographic, as well as after retirement, Stuart helped shape the field of Maya studies; his contributions included work on the ruins of Coba, Dzibilchaltún, Balankanche Cave, and others. He also served as vice president for research and exploration, overseeing millions of dollars in research grants every year. “George was a cheerleader for Maya studies and a champion of supporting Maya research,” said Jeremy Sabloff, president of the Santa Fe Institute and a past president of the Society for American Archaeology. Stuart’s books, including The Mysterious Maya and Lost Kingdoms of the Maya (both written with his first wife, Gene), Ancient Mexico, and Ancient Pioneers, as well as articles in National Geographic, introduced that world to a broad audience. He also co-authored Palenque: Eternal City of the Maya with his son David, an eminent scholar and professor in Mesoamerican studies at the University of Texas. 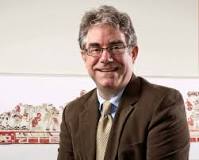 David Stuart is the David and Linda Schele Professor of Mesoamerican Art and Writing at the University of Texas at Austin. He received his Ph.D in Anthropology from Vanderbilt University in 1995, and taught at Harvard University for eleven years before arriving at UT Austin in 2004, where he now teaches in the Department of Art and Art History. His interests in the traditional cultures of Mesoamerica are wide-ranging, but his primary research focuses is the archaeology and epigraphy of ancient Maya civilization, and for the past three decades he has been very active in the decipherment of Maya hieroglyphic writing. Over the past two decades his major research has centered on the art and epigraphy at Copan (Honduras), Palenque (Mexico), Piedras Negras, La Corona, and San Bartolo (Guatemala). Stuart’s early work on the decipherment of Maya hieroglyphs led to a MacArthur Fellowship (1984-1989). His books include Palenque: Eternal City of the Maya (Thames and Hudson), and most recently The Order of Days (Random House), a popular account of ancient Maya calendars and cosmology. Stuart is also currently the director of The Mesoamerica Center at the University of Texas at Austin, which fosters multi-disciplinary studies on ancient American art and culture. In addition, he oversees the activities of the newly established Casa Herrera, UT’s academic research center in Antigua, Guatemala, devoted to studies in the art, archaeology and culture of Mesoamerica. 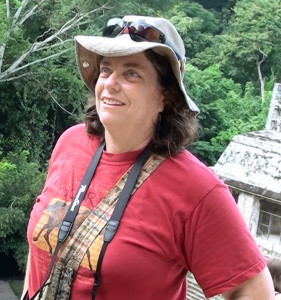 Ann Stuart, DVM, moved to the Asheville area soon after graduating with honors from the NCSU College of Veterinary Medicine and spending a year of clinical internship at the University of Georgia over 25 years ago. A horsewoman all of her life, Dr. Stuart is involved with endurance racing from the local level to international championship competitions as a 4 star FEI judge. Serving as a staff member for Team USA, she has been a veterinarian at multiple World Equestrian Games, North American and Pan-American Championships and has worked at events in Europe, South America, the Middle East, Japan and all over the US and Canada. Working with your family pets is just as rewarding to Ann as working up lamenesses and maximizing performance in sport horses. She spends her spare time loving her home in the mountains of Barnardsville with her many horses, dogs and cats.

Help us support our George Stuart Residential Scholars and
make BEARC a top research center for the Ancient Americas!