Boundary End Archaeology Research Center is a perfect escape for writers, artists and other creative souls wishing to experience the peace and tranquility of Appalachia.

We hear the present-day Maya speak the beautiful sounds of the Yukatecan language as we travel the popular sites of Northern Yucatan. How the language and its written form may have derived from an early Ch’olan script is the subject of next Tuesday’s Boundary End Archaeology Research Center virtual lecture. Don’t miss this free lecture by Tulane’s noted epigrapher and Associate Professor, Dr. Marc Zender. *Please see Abstract and Biography below.)  The YouTube link is https://youtu.be/R5XuYnoGa3Q 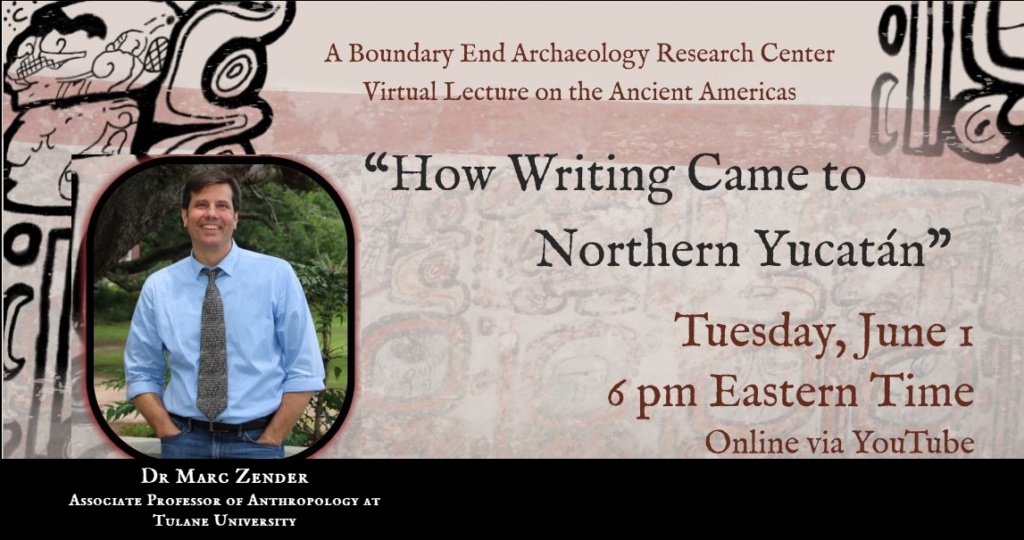 The lecture is free and donations to Boundary End Archaeology Research Center are appreciated! https://www.paypal.com/us/fundraiser/charity/1736960

Apart from a handful of independent inventions of writing (in e.g., Mesopotamia, Egypt, India, China, and Mesoamerica), most of the world’s writing systems were either directly borrowed from an earlier script or were developed under the influence of one or more other scripts. Since the development of grammatology (the comparative study of writing systems) as a discipline in the mid twentieth century, scholars have developed tools and procedures for the identification of borrowing between writing traditions and, for instance, the derivation of the Japanese script from Chinese, and of Hittite from earlier Akkadian, can be demonstrated. Mesoamerica is no exception, and the various known writing traditions can all be shown to derive from an early proto-script (which, sadly, no longer exists). Additionally, it is also increasingly clear that the initial development of Maya hieroglyphic writing from this proto-script took place in a Ch’olan linguistic context during the Late Preclassic period (ca 400 BC – AD 100), and that later groups of Yukatekan, Tzeltalan, and K’ichee’an speakers did not borrow and develop their own versions of Maya writing until the Late Classic period (ca. AD 600-900). In this talk, I trace the evidence for the derivation of the Late Classic Yukatekan script from the considerably earlier Ch’olan model script of the southern lowlands. As we will see, many peculiarities of the northern inscriptions and codices can be explained by the complicated process of borrowing and adaptation, as can the considerable linguistic and cultural influences of southern lowland Ch’olan civilization on the languages and peoples of Northern Yucatán.

Marc Zender received his PhD from the department of anthropology and archaeology at the University of Calgary in 2004. He has since taught at the University of Calgary (2002-2004) and Harvard University (2005-2011), and he is now Associate Professor of Anthropology at Tulane University, where he teaches linguistics, epigraphy, and Mesoamerican indigenous languages such as Yucatec and Ch’orti’ (both Mayan languages) and Classical and Modern Nahuatl (of the Uto-Aztecan language family). Dr Zender’s research interests include anthropological and historical linguistics, comparative writing systems, digital epigraphy, and archaeological decipherment, with a regional focus on Mesoamerica (particularly Mayan and Nahuatl/Aztec). He has authored several books and dozens of articles exploring these and related subjects. In addition to his teaching, research, and writing, Dr Zender is the editor of The PARI Journal, and a frequent contributor to Mesoweb, a major internet resource for the study of Mesoamerican cultures. 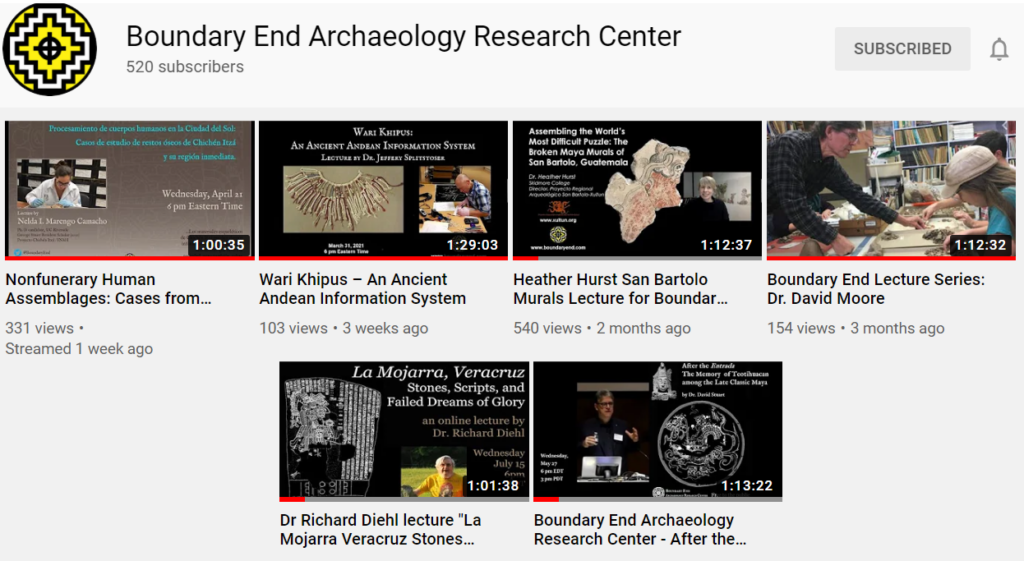 Click on the graphic above and tune in to our YouTube Channel to see all the recordings of past BEARC virtual livestream lectures. Subscribe to be notified of future lectures.